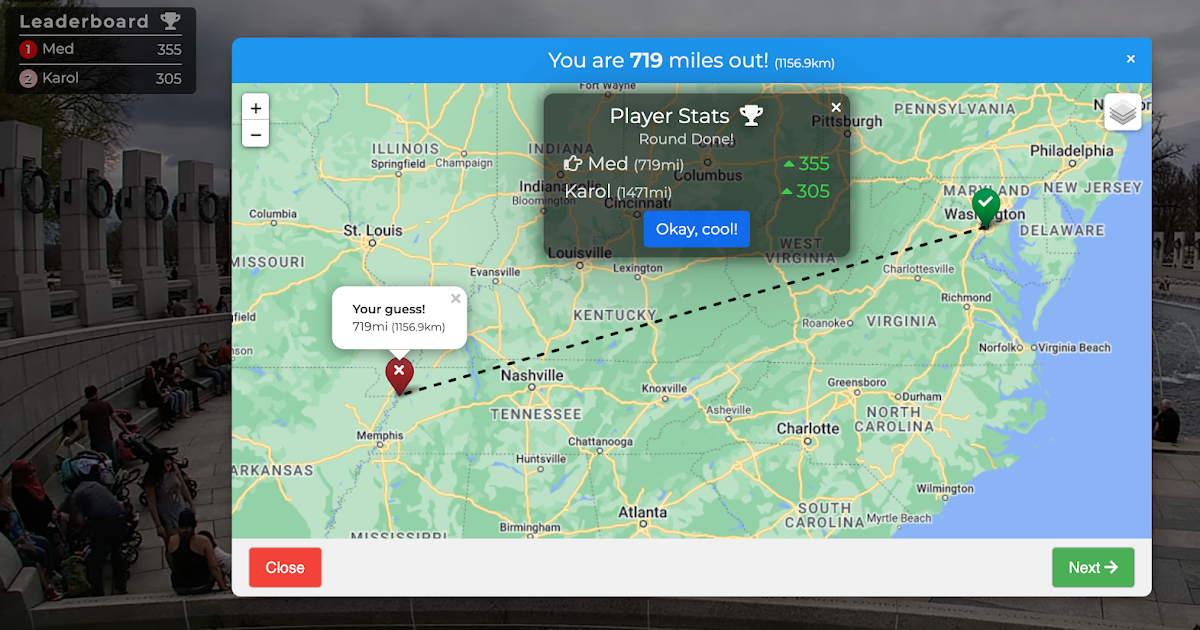 City Guesser is a geography based quiz game designed to test users geography knowledge. The way City Guesser works is simple: you are provided with a short video footage of a specific location and you are to make a guess about the name of that location using the provided map. City Guesser supports both individual and multiplayer game modes allowing users to compete against friends and players from all around the world.

The idea behind City Guesser, as explained by its creator, is to provide people with a way to explore the world through virtual video travel. Since its launch on August 13th, 2020, City Guesser has witnessed a huge popularity especially among geography enthusiasts.

City Guesser is totally free and does not require any sign up or software download. As a teacher, you can use the geography game City Guesser to develop students geographical literacy, sharpen their mapping skills, improve their spacial awareness, and boost their cultural literacy. The multiplayer mode is especially helpful and students can use it to compete in groups to solve geography based quizzes.

City Guesser offers a wide variety of maps that you can use to play the location-guessing game. Some of these maps include:

How to play City Guesser?

Head over to City Guesser, choose an option (e.g, a city, a monument, a country, etc) and click to enter. Watch the displayed video and focus on clues embedded in the recording.  To make a guess, click on Start Guessing button at the bottom of the screen and use the map to mark the location. Use the + and – buttons to zoom in and out.

Click on the name of the location within the map to mark your answer then click on Guess. City Guesser will provide you with feedback about your answer. To play another guess, click on Next button or click on Home to go back to City Guesser’ s homepage.

Watch this quick demo to see how City Guesser works:

Use the following tips to help you make correct guesses:

City Guesser multiplayer gamemode enables you to play against friends and geography enthusiasts from all around the world. You can either create a private room where you  invite friends or students and play together. 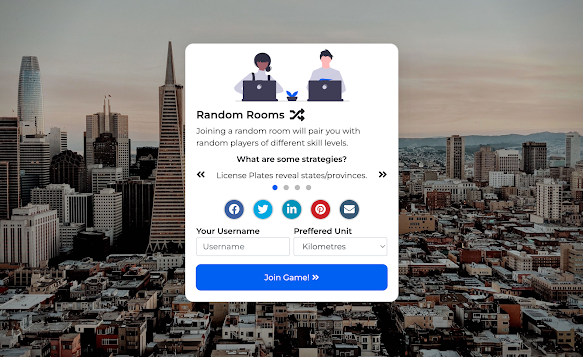 As the moderator of the room you get to control the settings of the game, for instance time per guess, number of rounds, and measurement unit (e.g., miles or kilometres). When you create a private room, copy and share the generated link with your friends or students so that they can join your room and start collective play.

Alternatively you can join a random group and play against users with different skill levels from all around the world.