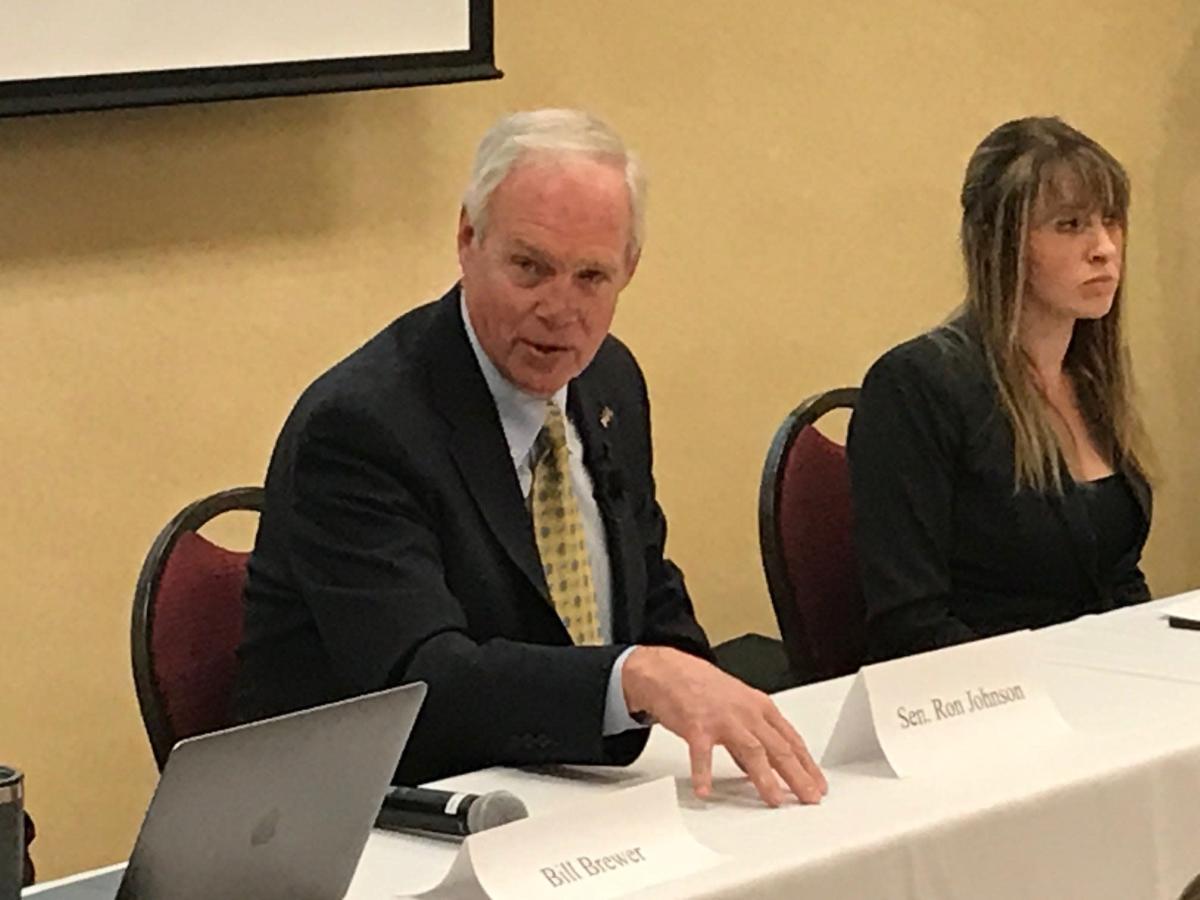 MADISON – School board races across Wisconsin will be decided at the polls next week, but Republican U.S. Sen. Ron Johnson said Friday that he expects issues on education to continue to motivate voters in the fall.

“I stand with parents and parental rights,” said Johnson, who is running for a third term.

Johnson convened a listening session on education issues as speakers criticized mask mandates, the use of critical race theory, and a perceived over-reliance on technology in the classroom.

Altoona School Board member Hillarie Roth who is running in the Republican primary for the 68th District Assembly seat, lamented “woke culture that is raging through our society today.”

“Our children are struggling, but are they struggling because of our supposed ‘bad parenting’ as some educators and school districts would have you believe? ” Roth said in her statement. “Or are they struggling because of the constant barrage of political correctness and shame that is being slammed down their throats at every turn? Shame for being born white, shame for having opportunities, shame for having Christian values.”

One panelist from suburban Milwaukee was critical of the amount of time schoolchildren spend on electronic devices, including computers, claiming that it connects students to pornographic images and affects their learning.

Johnson said: “This is their testimony, this is their viewpoint … that is something that should concern parents if that is happening.”

Johnson said he was prompted to hold the meeting because he has been listening to parents in different formats — “in a completely nonpartisan way,” he said. “It’s interesting how many people that don’t necessarily agree with me on some issues come in here and want to talk about this.”

Asked about what he heard during the session, in which panelists spoke followed by audience members, Johnson said: “I think there’s some real concern about our public school system not listening to parents, not hearing their voices, not hearing their concerns, a lack of accountability. That should concern us all.”

On schools, Johnson said he was concerned “about the influence of national groups, teachers unions, that type of thing, trying to impose their ideology on our children.”

Our subscribers make this reporting possible. Please consider supporting local journalism by subscribing to the Journal Sentinel at jsonline.com/deal.

DOWNLOAD THE APP: Get the latest news, sports and more